The first day
On Monday morning, the 20th May 2019, we started our trip to England. Everybody was very excited to start the journey. We were all in a good mood to take this long ride to visit another country without our families, just with our classmates and the teachers. After six to seven hours we reached Calais in France to transfer from there to Dover with a huge ferry. When we saw the white cliffs of Dover, our first thought was: England is so amazing! After the 10 hour ride we arrived at our destination Whitstable at 6pm British time. We had to wait for our host families because we arrived very early. So we used the time to go to the beautiful beach next to our bus stop. After half an hour the first host families arrived at the bus stop to pick up their guest students.

The second day
The next day most students talked about their first evenings in their host families. Most of us were quite happy with their host families. Just some of us weren’t satisfied. We started the day with a town rallye in Whitstable. After a break near to the harbour we took a walk along the coast to Herne Bay. In the afternoon we went to Viking Bay, where we had some freetime to go to the beach and into the city. In the evening most of us had a sunburn because it was really hot (29-30 degrees).

The third day
On Wednesday morning we were picked up by our teachers at the checkpoints in order to go to Leeds Castle, where we had an interesting guided walk around the castle. After the guided walk we had one hour to go to the maze and to the grotto at the castle and to eat our packed lunch. At 3pm we had a guided tour around Canterbury with a nice slightly older gentleman who told us a lot of important things about the history of the city. When we arrived at the cathedral of Canterbury, we had one hour freetime to explore the rest of the city we hadn’t seen during the guided tour.

The fourth day
It was the big day: We went to London :) When we arrived at London Eye, each class took a tour with two teachers. After the ride we all went to Trafalgar Square. We had six and a half hours freetime, which was really nice for us because we could go into the city alone. Most students went to Buckingham Palace, Westminster Abbey, Piccadilly Circus or went shopping at Victoria’s Secret or to the Hard Rock Café or to other famous stores. At 6pm we met again at Trafalgar Square to go back to our bus.

The last day
On Friday we had to say goodbye to our host families and we started our trip home. We arrived in Wittlich at 7pm.
To conclude, we can say that we had a nice week in England. The daily excursions were very good, the teachers were relaxed and everyone got along well. Most students had a friendly and open-minded host family. The weather was fantastic, it wasn’t rainy at all. All in all, the trip to England was too short, we could have stayed there much longer. We improved our English skills by speaking English with real English native speakers. We are grateful to have been a part of this trip to England. 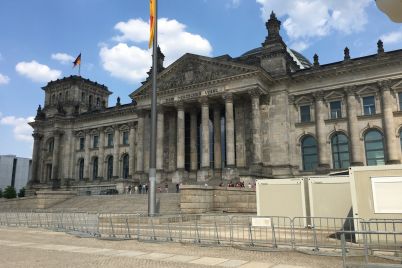 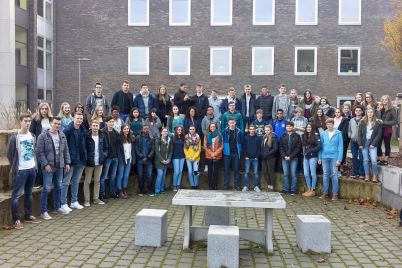 Our Day with American Students from Bitburg 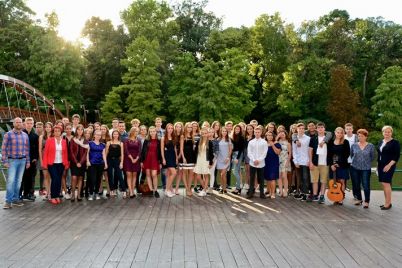